So, are cravings in pregnancy real? 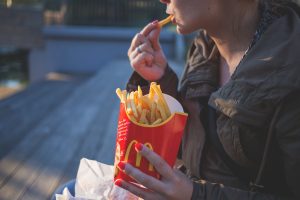 For me, I didn’t really have any cravings with any of my three pregnancies. What I did have however, was a tendency to go for healthy, grilled food over fatty, fried burgers and chips. My understanding of that was that it was my body’s way of getting all the good nutrients it needed as my normal diet is absolutely terrible.

Many women tend to have an aversion to certain foods, the biggest being to chicken and meat.  The other largest aversion was to their husbands!! Just kidding! But smells that pregnant women used to like, such as a favourite cologne or the smell of coffee, now makes their stomachs do somersaults.

In doing some research, the most common craving to be mentioned seemed to be citrus. Whether it be orange juice, fresh cut oranges, tangerines, or marmalade; oranges were definitely a common trend. Could it be that our body craves the Vitamin C and in turn we are desperate for a fresh glass of OJ?

McDonalds was another big craving. It could be the fact that it is open 24 hours so pregnant ladies know that no matter what, food is available. Or it could be that a sugar or salt craving needs filling and McDonalds food has plenty of that.

Watermelon, pineapple and tomatoes were also often named as an absolute must in order to prevent an unexplainable hysterical breakdown! The high water content could be what your body is craving, hence the watermelon. Tomatoes are high in vitamin C and contain Iron as well, both good for you and your body often lacks Iron during pregnancy, so the more the merrier! I am sure we have all heard the tales about pineapple bringing on labour? Pineapple contains bromelain, which is thought to soften the cervix, but unless you are eating A LOT of pineapple, the chances are slim.

The stranger cravings such as chewing on chalk, sucking on bath sponges, or eating pages of old books are also more common than you would think. Pica is a condition in which pregnant women crave food with little or no nutritional value. It is thought that sometimes this can be the cause of a lack of iron in the body which then leads your body to crave these substances. Whatever the case, seeing anyone, let alone a pregnant women gnawing on chalk would certainly be an odd site to see!

Cravings are fun to have during pregnancy, and I for one am quite upset that I never got the urge to wake my husband up at some ridiculous time of the night desperate for pickles and ice cream. If I were to do it over again, I might just fake some cravings and why not? I’m pregnant,  I deserve to have what I want, when I want- that’s what my pregnancy hormones would tell me anyway!